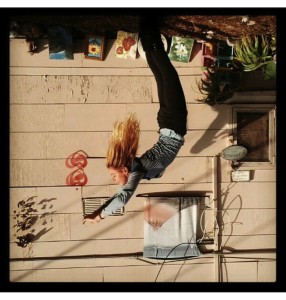 Painting since age 1 1/2 and placed in gifted and talented program at age 7. Most grateful for education, experience, awards, meeting great people & all the opportunities since; Sophie E. Sopha Foundation, Sugarman Foundation, T.I.D.E.S Foundation, Lambent Fellow and Stobart Foundation, Stobart Fellow. In 2014 Lynn launched her own website which includes a her own ever growing design line, links to her involvement in the film/music & television world, Charity projects/ groups and art shows which have fostered the creative growth of art with communities coast to coasts.. She founded and co-created RKTOBKTOLA, with Curator Sarah Belden in response to the climate & coastal changes encored by Hurricane Sandy, exhibitions at Hammburg Kennedy in NYC to Wessen Gallery in LA. Paddle Eight. It showed how creative ideas can construct something of great community mass positive response. Hand ground paints to the construction of fractal compositions in her paintings serve to show her search in understanding the unification of source in visual reality through beauty in all. Overlapped many of her works reveal similar naturally occurring geometric patterns that exist in many different forms of life and nature. On a wall the artworks become calming nostalgic patterns seen common throughout the universe that seek to wake the subconscious into recognizing compositional knowledges of life’s geometric forces.

Thank you for your interest in my artwork and in art in general always. Have a beautiful day!